If you have HIV, the virus that can cause AIDS, smoking is especially dangerous to your health. If you smoke: Smoking rates among persons living with HIV are much higher than in the general population. In 2009, smoking rates among people receiving medical care for HIV were more than double that of the entire U.S. adult population (42.4% vs. 20.6%).

People living with HIV are also less likely to quit smoking than the general adult population.

For More Information or to learn about smoking among specific populations and the current rates of cigarette smoking in the United States, check out these detailed statistics.

Learn the real stories of people living with HIV who have diseases and disabilities related to smoking. 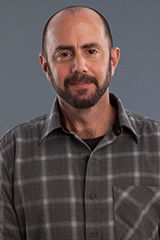 Brian, age 45, lives in California and has HIV. At 14, he started smoking. At 43, smoking, combined with HIV, caused him to have a stroke. He quit that day and hopes to regain full use of his right hand.

The Southwest PA Wellness Partners Coalition is a multi-county effort created to address the diverse issue of tobacco use in the southwestern health district of Pennsylvania.