For more than 40 years, the American Cancer Society has hosted the Great American Smokeout on the third Thursday of November.  It’s an opportunity for people who smoke to commit to healthy, smoke-free lives – not just for a day, but year round. The Tobacco Free Adagio Health team marked the day by leading and taking part in Great American Smokeout events throughout Allegheny County and southwestern Pennsylvania.

After several months of planning the first Great American Smokeout event in collaboration with AHN Jefferson Hospital, it came to life on November 17th, 2022. The goal of the event was to kick off “Tobacco Free Tuesdays” at Jefferson Hospital where 500 hospital staff/providers/and assistants will wear their “Breathe Free, Live Free” t-shirts every Tuesday to help encourage patients to ask about smoking cessation programs and available resources Since the partnership began in January 2021, Tobacco Free Adagio Health has received over 200 referrals from Jefferson Hospital.

Four therapy dogs attended and were an excellent addition to the celebration.  Hospital staff that visited the table wearing their "Breathe Free, Live Free" t-shirt were entered into a gift basket raffle. Over 200 people visited the table wearing their t-shirts and entered the raffle. Several staff were eager to tell us how many referrals they’ve sent over so far and shared their plans to expand Tobacco Free Tuesdays moving forward. It was an amazing opportunity to kick off Tobacco Free Tuesdays, hand out Quitline and TFAH information, and talk to such a passionate group of people. We are so thankful for the cessation champions at AHN Jefferson! 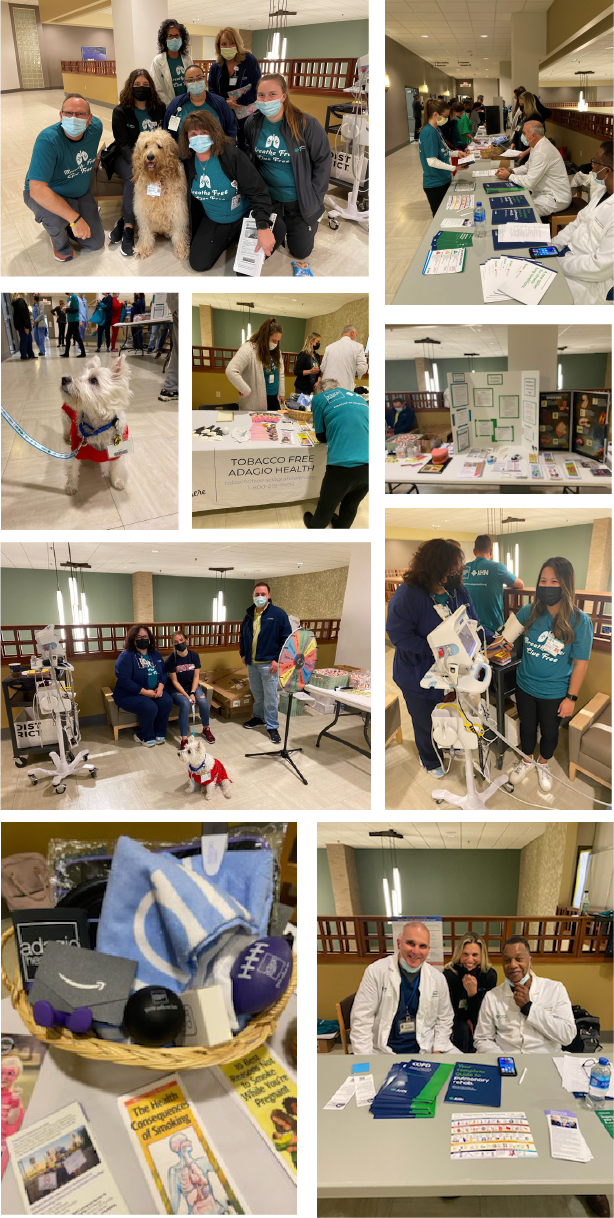 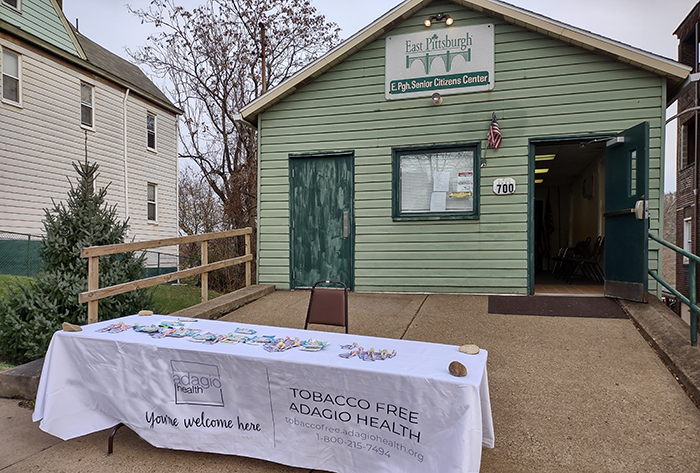 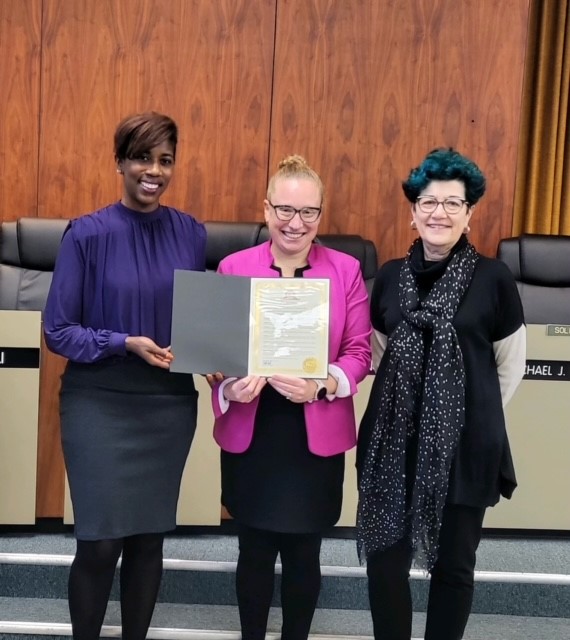 Wilkinsburg Mayor Marita Garrett joined Casey Monroe, Adagio Health Senior Director of Health Promotion & Disease Prevention and Adagio Health President and CEO, BJ Leber for a proclamation ceremony in recognition of the importance of cessation efforts and tobacco free policies that promote the health of all residents in Wilkinsburg.  View the Wilkinsburg Proclamation 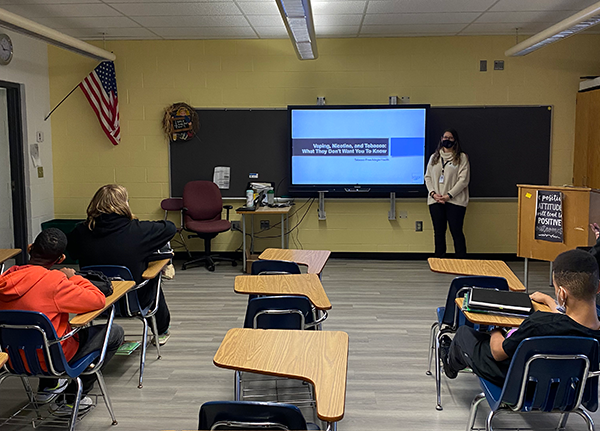 Hannah Cristofano, TFAH AC Youth Services Coordinator along with AC Health Educator, Carlyn Becker visited Montour middle school and present to 75 students on the importance of TPC and how not to start smoking/vaping. During the presentation students were encouraged to share their personal experiences and how to support family and friends who have been affected negatively by the use of nicotine. 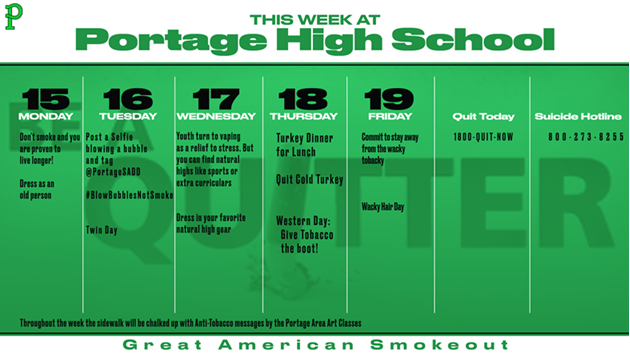 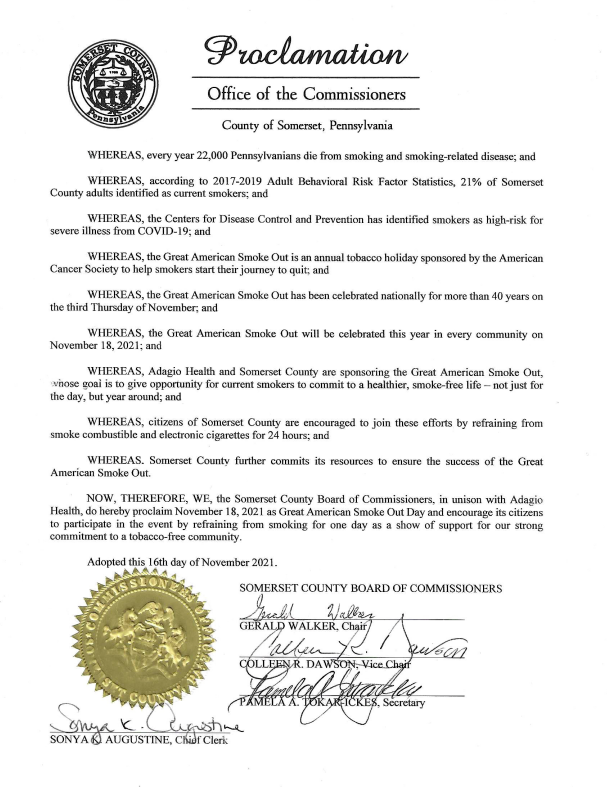